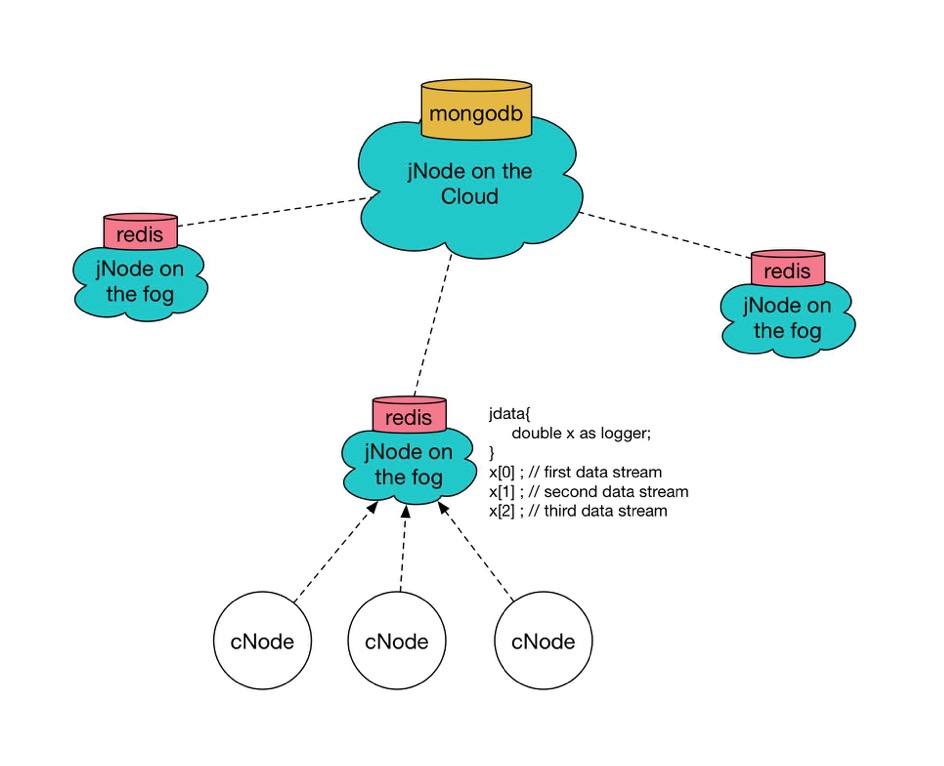 For jData on the cloud, MongoDB is mainly used for persistence mainly due to the fact that its support for schema-less structure, rich indexing for query support, and scalability. While each jNode on the fog has their own Redis instance running, analytics is done on a centralized persistence data in MongoDB on the cloud. While Redis can be used as a database on its own, it is limiting for it to be used as a centralized database on the cloud since it is in-memory database, RAM size is a condition to be considered and meanwhile analytics in Lua might be tedious. However, in the architect, there is still an instance of Redis running on the cloud jNode for caching.